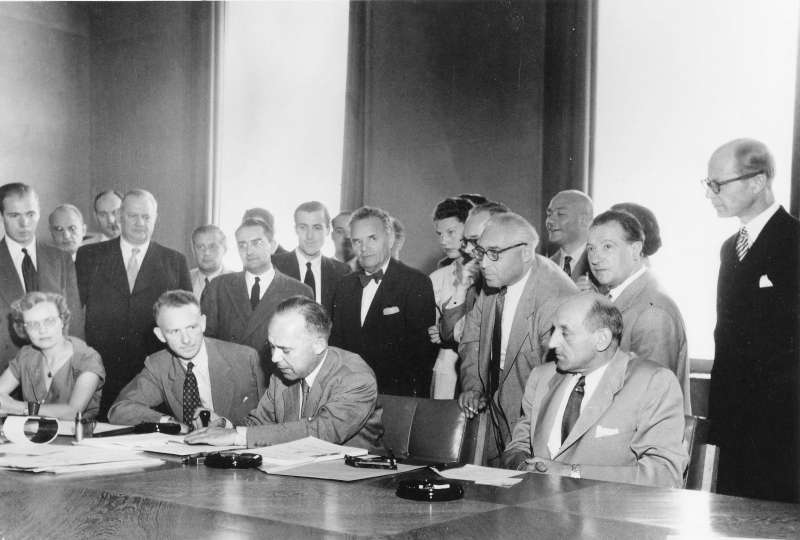 The Convention Relating to the Status of Refugees, also known as the 1951 Refugee Convention or the Geneva Convention of 28 July 1951, is a United Nations multilateral treaty that defines who a refugee is, and sets out the rights of individuals who are granted asylum and the responsibilities of nations that grant asylum. The Convention also sets out which people do not qualify as refugees, such as war criminals. The Convention also provides for some visa-free travel for holders of refugee travel documents issued under the convention.

The 1951 Refugee Convention and its 1967 Protocol are the key legal documents that form the basis of our work. With 149 State parties to either or both, they define the term ‘refugee’ and outlines the rights of refugees, as well as the legal obligations of States to protect them.
The core principle is non-refoulement, which asserts that a refugee should not be returned to a country where they face serious threats to their life or freedom. This is now considered a rule of customary international law.
UNHCR serves as the ‘guardian’ of the 1951 Convention and its 1967 Protocol. According to the legislation, States are expected to cooperate with us in ensuring that the rights of refugees are respected and protected.

Convention Relating to the Status of Refugees

Information on the Asylum Procedure. Your rights and obligations.